Why Do We Need To Do All This?

A deep-dive into the need to detect gerrymandering

Forgive me for using a cliche but gerrymandering is truly everywhere. The various maps that you have seen all throughout this project have reiterated that idea. This section aims to humanize the scope of the project and establish the need for all this research, methods, court cases, and activism against gerrymandering: there is no-one who isn’t affected by it.

A first aspect to consider is trust in the system. At a time when political polarization is at its all time high, trust can be hard to come by. Democrats feel Republicans are rigging the system at every turn in an effort to suppress the voices of certain voting groups; Republicans feel that Democrats are committing widespread voting fraud and tossing out conservative ballots. Any semblance of a shared reality was gone out of the window a long time ago.

None of the methods being used to detect gerrymandering is perfect and final. I highlighted the limitations of EG but even MCMC has its flaws. The statement “Computing will never make tough redistricting decisions for us and cannot produce an optimally fair plan. But it can certify that a plan behaves as though selected just from the stated rules. That alone can rein in the worst abuses and start to restore trust in the system.” sums it up aptly.

The detection methods are steps in the right direction, they are not the be-all-and-end-all themselves: they need constant improvement, constant testing, and constant trust to make real change in the world. In an age of hyperpartisanship, it is one of our last hopes in ensuring fairness, mending the gap between the Democrat and Republican parties, and enabling everyone to have a vote that matters and gives them agency in the administration of this country.

As long as gerrymandering can occur so blatantly and with impunity, it’s increasingly likely that your vote is getting the wrong person in office. Consider this data from the Center for American Progress: 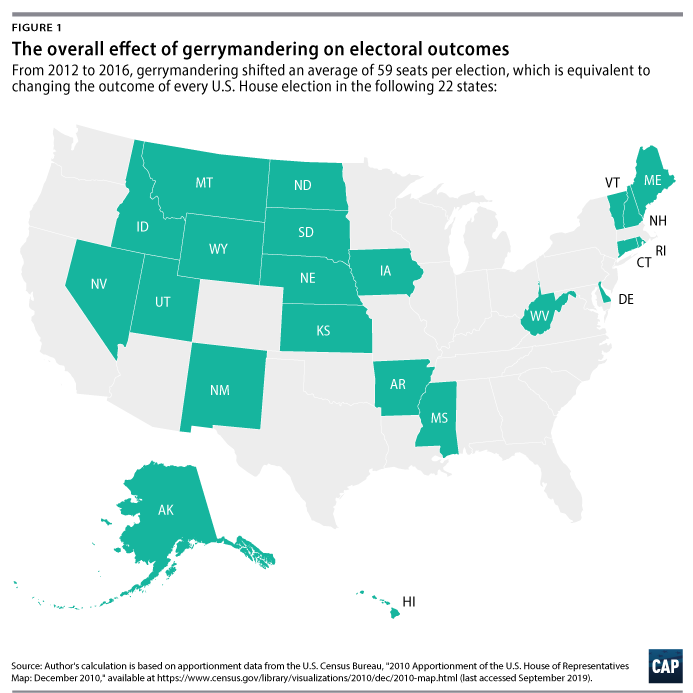 Figure 1 tells us that “59 politicians that would not have been elected based on statewide voter support for their party won anyway because the lines were drawn in their favor—often by their allies in the Republican or Democratic Party”. That’s quite troubling because it means the millions of people who voted for these seats, voted for the wrong person to end up in the government. Their vote, in this case, went into a blackbox, and churned out an unconstitutional victory for someone else. That’s more unconstitutionally-won seats than the entirety of the state of California (which has 53 seats to begin with).

To quantify the “millions of people” I mentioned above, let’s consider the fact that, on average, each congressional district in the US has about 700000 people. If 59 seats were flipped, that means that gerrymandering violated the vote of 700000 x 59 = 41.3 million voters. That’s approximately 20% (1/5th) of the entire registered voting population in the US.

Letting this continue is synonymous with the message that our legislative and judiciary bodies don’t really care that the votes of more than 40 million Americans are not representative of their actual choices. That doesn’t really seem to be an ideal compatible with the world’s oldest “democracy”, right? 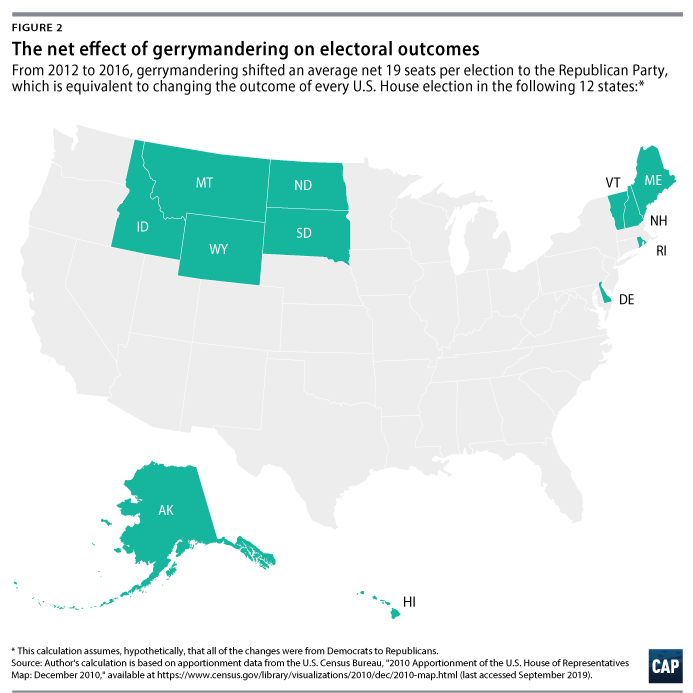 Figure 2 gives us data from 2012 - 2016 and showcases that Republicans are winning 19 seats they shouldn’t be winning every single election. That’s 13.5 million votes that are being misrepresented in these states.

Suppose the next elections have come up and before going out to vote, I tell you that there’s a 20% chance your vote may elect the wrong person into office, how would you react? Maybe you won’t go out to vote, maybe you’ll get scared to vote, or maybe, you’ll just lose trust in the system. And I wouldn’t blame you, it would be completely natural of you to think that way; after all, why do something when there’s an extremely high chance that you’ll end up with the exact opposite of your intended result?

Maybe that’s why people are so disillusioned with the current state of affairs. Maybe that’s why about ~ 100 to 150 million don’t turn up to vote every election cycle. It’s certainly one reason in the intricate web of narrative regarding democracy in the US.

Voter suppression along with keeping people out through gerrymandering is inexplicably dangerous for the future of this country. The Brennan Center for Justice reports that a minimum of 17 million registered voters had their votes nullified form 2016 to 2018 in addition to the 16 million that were already nullified from 2014 to 2016. And it should be of no surprise to any of us here that most of these registered voters are people of color.

There’s a cruel wheel that keeps turning behind all this. Once you’ve pushed someone out of the voting process and gained a couple of seats in each place you do so, you’ve created a self-fulfilling mechanism where you can keep power to keep people out and keep people out to keep power. It’s a never-ending cycle that seems to have no end in sight unless our models to detect gerrymandering are rapidly adopted by the courts and have some faith placed in them to start doing some good - before we reach the point of no return, that is.

As I said before, it's really not all doom and gloom. The research is making positive incremental changes and FiveThirtyEight's Atlas of Redistricting alongside the Princeton Gerrymandering Project have shown us that fair and equitable districting plans are not impossible. The whole country and all of the districts in it can be drawn up in a way that is sufficiently optimal and does not leave anyone behind - it's just up to the ones actually making the maps whether or not they want to play fair.