Can a Number Finally Solve The gerrymandering problem?

The 2nd serious approach to tackle partisan gerrymandering is a formula called the “Efficiency Gap” (EG for short) which aims to calculate the number of wasted votes in an election and determine how biased the districting plan was. In other words, it aims to understand how many votes were not needed by the winning party at the end of the day.

The pioneers of the EG are Nicholas Stephanopoulos and Eric McGhee (the creator), Harvard Law professor and research fellow at Public Policy Institute of California, respectively.

It may seem trivial at first glance, but the EG measure gives us a lot of insight into how a certain state has been districted: 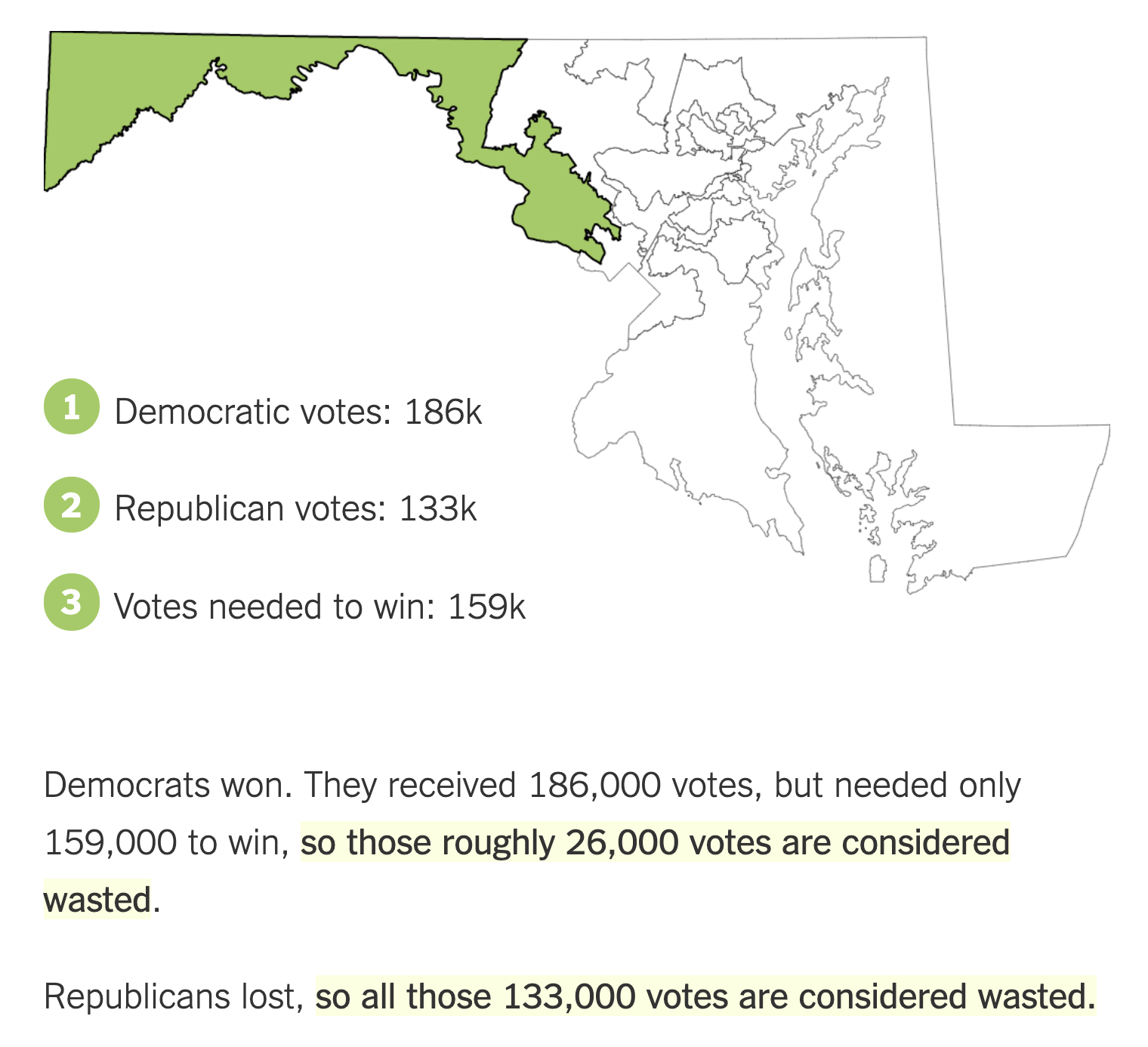 The closer this number is to 0, the more fair the plan seems to be and a percentage of 7% or more is considered a serious/unconstitutional gerrymander. Here’s the congressional map from the 2016 election cycle that shows how many states were gerrymandered. 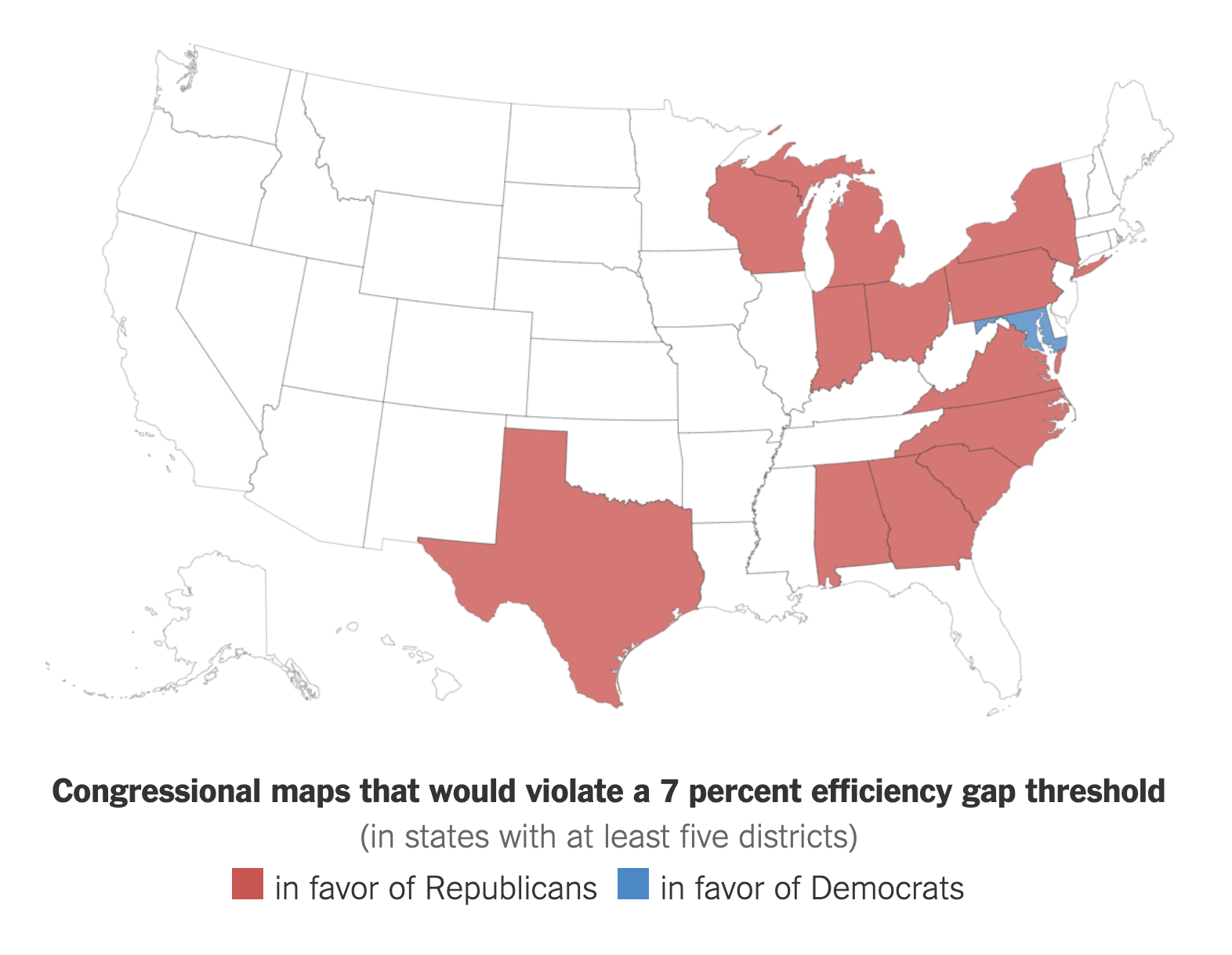 Like MCMC, the EG was also used in a prominent court case - this time, trouble was brewing in the state of Wisconsin. Before you head on over to that section and uncover what went down there, feel free to play around with this interactive map showing how much each state was gerrymandered for the 2016 elections (all based on the EG, of course):